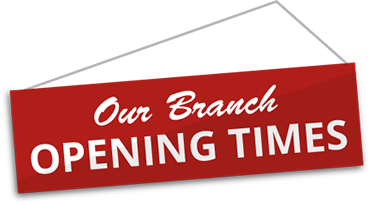 Jordan Fishwick Estate and Letting Agents Glossop opened its doors in January 2000 and enjoys a prime location on the High Street in Glossop town centre.

Managed by Partner Chris Swales, who has been actively involved in the Glossop housing market since 1991, we are able to offer an unrivalled knowledge of the area.

Open six days a week and with the very latest state of the art technology, we are able to offer a wide selection of property, providing on screen tours either on-line and in the comfort of your own home or within the branch.

Our experienced sales team proactively telephone details of every new instruction to all suitable buyers, to generate as many viewing appointments as possible. We also obtain feedback and keep you up-to-date with regular marketing reviews. Once a sale has been negotiated and the best price achieved for your property, we will monitor the sales progress through to a satisfactory completion.

Therefore if you are considering either selling or letting your property and would like free professional advice, Chris would be delighted to visit your home, outline a suitable marketing strategy to suit your own circumstances and ensure that the very best price is achieved.

Glossop: in a league of its own

(Newspaper article about Glossop as appeared in The Guardian 21st February 2014.)

It was famous as Royston Vasey in TV series The League of Gentlemen and as a gateway to the Peaks, but mill town Glossop has gone all fancy with an influx of arts projects, media types, restaurants and snazzy shops.

A town whose environs provided a backdrop for the macabre incest-fest that was The League of Gentleman has selective appeal, but the Derbyshire mill town of Glossop is having a moment. And this is despite neither fluttering its olde-worlde eyelashes like Bakewell nor having the historic spa-town appeal of its neighbour, Buxton.

Traditionally, Glossop has been a heads-down, "get on with it" sort of place, with community spirit by the yard and a Lowry-esque landscape of hulking mills and doughty millstone terraces. Its enviable location, curled in the damp embrace of the Peak District countryside and yet only 30 minutes (and a Ł4.10 train ride) from the thrum of Manchester, meant that walkers and country-seeking city dwellers used it as a jump-off point for the Peaks but its lack of pizzazz kept the hordes at bay. 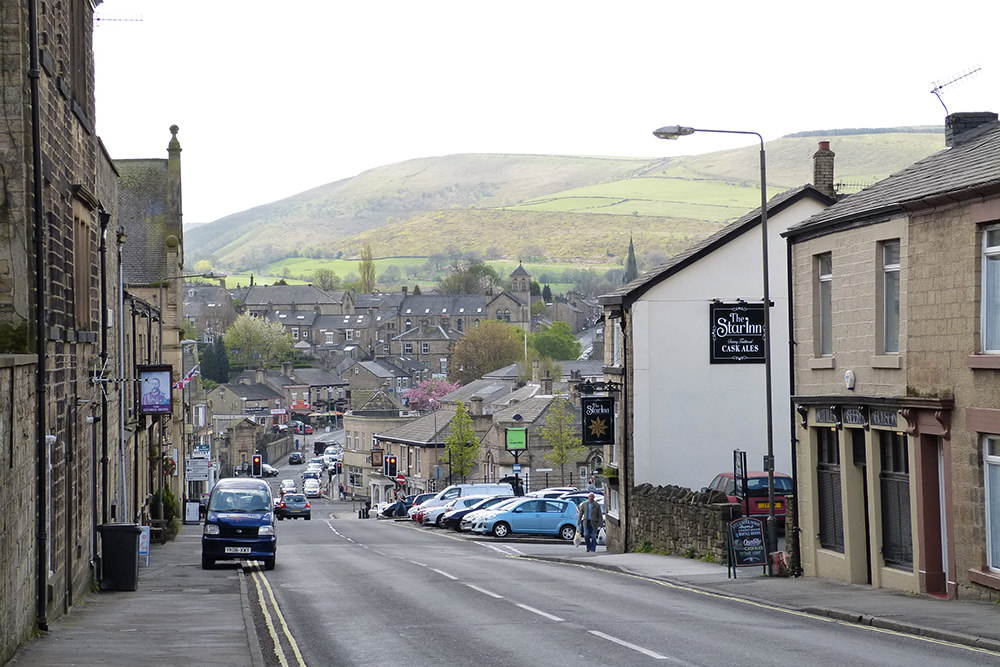 But recently, things have begun to shift, following an influx of arts, media (BBC employees relocating to Salford's MediaCity) and academic folk , drawn by the winning work-life combination and a landscape that gets the creative juices flowing. The terraced High Street, previously mired in a local-shop-for-local-people mentality (half-day closing on a Tuesday), has been transformed with a smattering of eau-de-nil shop-fronts, artisan delis such as Praze (for nourishing one's inner Ottolenghi), and more ambitious restaurants like Dowds (on High Street East, 01457 855444) or "contemporary Sri Lankan" Ayubowan.

The effects of the credit crunch barely seem to have registered. "There were at least 10 empty properties on the high street when we opened in 2007, says Sarah Mitchell, co-founder of Praze. "Now there are none, the high street is thriving and has a great mix of independent shops". Although one of her best-sellers is the old-fashioned Glossop Pudding, made from "wimberries" (the local name for bilberries) and epitomising the region's local sensibilities and commitment to local ingredients, there's a touch of continental gloss, too – in the large new café bar, Pico Lounge and a new wine merchant, Harvey Leonard's , where you can perch on stools with cheese plates and drink by the glass. This is all accompanied by a thriving arts and music scene, with bands playing regularly at The Oakwood pub and the Globe, the latter as legendary for its vegan food and home-brewed beers as its world-music gigs. Theatres, bookshops and artist's studios, including Brook St Studios and Smithy Studios, all help to fuel the well-populated Derbyshire Open Arts Festival in May. 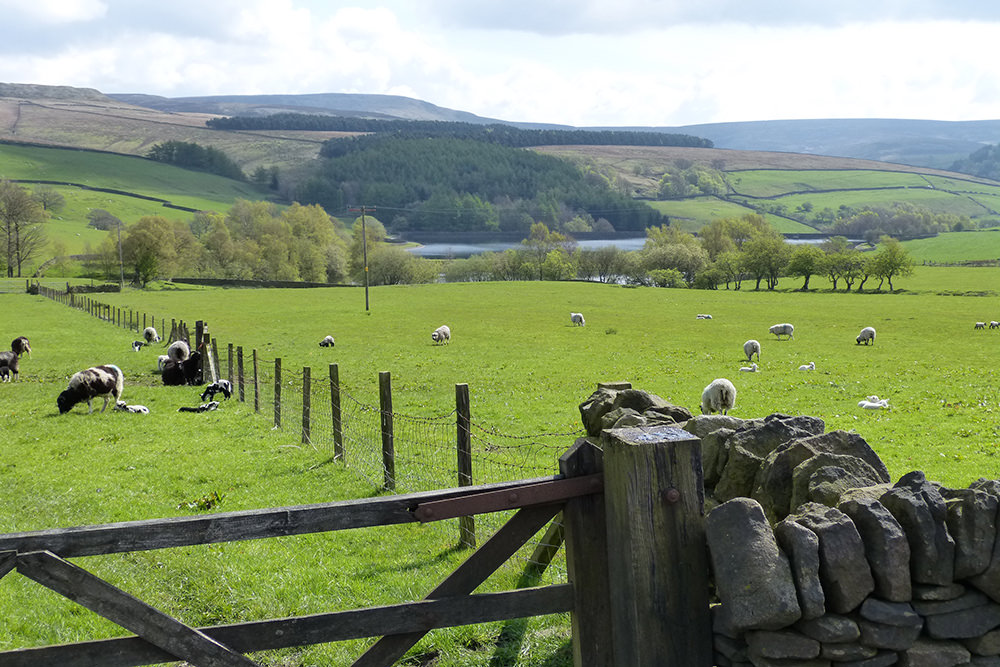 But tourists don't visit Glossop just for the art, organic quinoa, or even the teeny Curly Cornet café, which serves Bradwells local ice creams in summer. They come for the great outdoors, which begins barely 15 minutes' walk from the train station. The town sits atop a spaghetti junction of rambler's ley lines including the Trans Pennine Trail, the Pennine Bridleway, the Longdendale Trail and the mother-lode that is the Pennine Way, and is heaven for hikers, fell-runners, mountain-bikers and horse-riders. The landscape ranges from the ominous, cloud-licked tops of the aptly-named Bleaklow and Kinder Scout (home to a number of historical plane wrecks), to the lusher, more shire-like rolling green hills further south, and the Derwent Valley where the Dambusters squadron trained. The beautiful waterside walking circuits around the reservoirs here cater for both keen walkers and families with young children in tow – at low-water levels, the occasional rooftop or spire used to poke through the Ladybower's surface, an eerie reminder of the villages flooded to create them. Some of the reservoirs, such as Bottoms or Torside (home to an award-winning sailing club), are 30-45 mins walk from the town centre, though reaching the summit of the Peaks or Ladybower itself would take a good half day hike (or, cheating, a 20-minute drive). Closer to the new centre (a relative term - "new" means largely built by the Dukes of Norfolk in the mid-to-late 19th Century) Old Glossop, the historic centre of the town with a medieval cross at its heart, is a 10-minute walk away, across leafy Manor Park. The Queens and The Wheatsheaf remain popular for honest pub-grub , real ales or a pint from the local Howardtown Brewery, although even the locals seem to be changing their tastes. "We sell less beer but more wine so habits are changing but, luckily, we have a great brewery close by and Peak District hills for the best farm produce around," says Bob Skupham, proprietor of The Wheatsheaf. 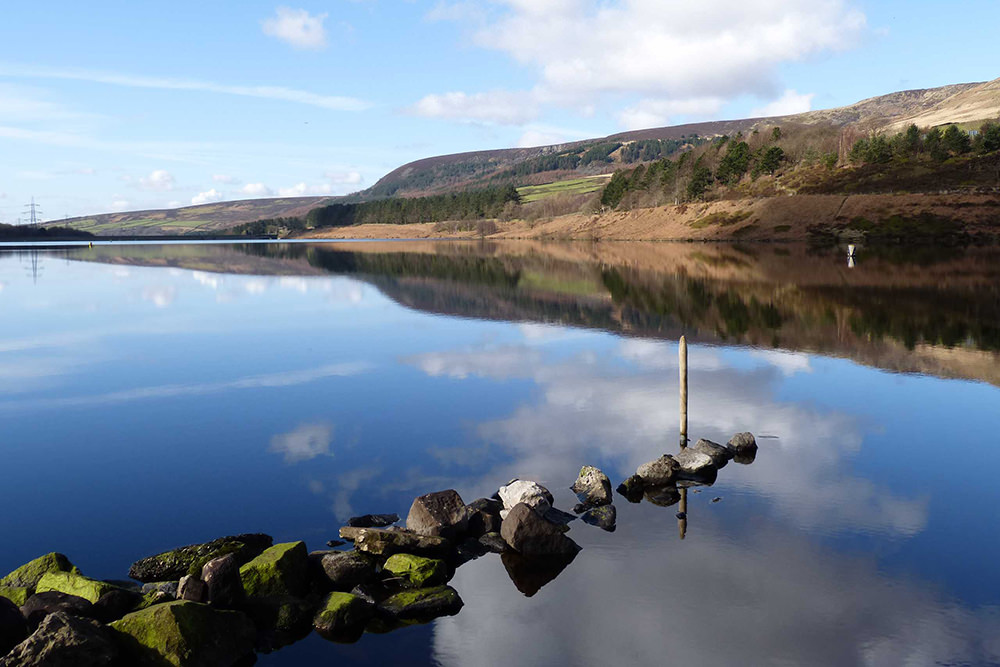 Although speciality coffees and artisan crafts are now freely available, Glossop is still finding its feet with accommodation. Hotel stalwarts such as the George and the Wind in the Willows have been joined by a Travelodge, and B&Bs including Bird's Nest Cottage and Windy Harbour Farm – which also accommodates camping and caravanning – please the TripAdvisor hordes. There are also some deliciously characterful cottages like Rowan Cottage, in Old Glossop, or Beehive Cottage, which handily faces the Beehive pub with it's 100-plus whiskys. Going self-catering also allows you to feed yourself from Glossop's growing cluster of supermarket-defying independents or the monthly artisan producers market (second Saturday every month). Leader of the pack is Mettrick's, named the UK's finest butcher, for anything from local High Peak lamb to a proper pork pie. Mettrick's second shop, up the road in Hadfield, doubled as Briss Butchers, purveyors of "special stuff" in the League of Gentlemen, the catchphrase for which was "you'll never leave". That's as maybe, but the big turnaround for Glossop is that you'd want to come here in the first place. 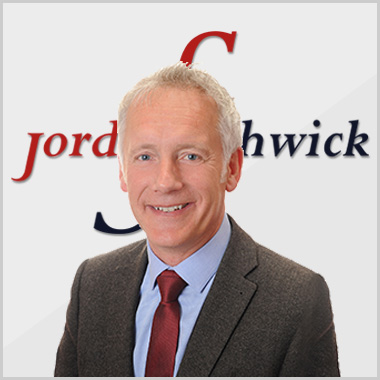 We opened the doors to our Glossop office in January 2000, although Chris has been successfully selling houses in and around the Glossop area since 1991 and enjoys an unrivalled knowledge of the local housing market. His career extends back to 1985 in estate agency, previously working for two of South Manchester's largest estate agency chains before joining Jordan Fishwick and then making a partner in 2004.